LingoZING provides educators with the tools they need to ensure their students learn without even trying.
Learn More 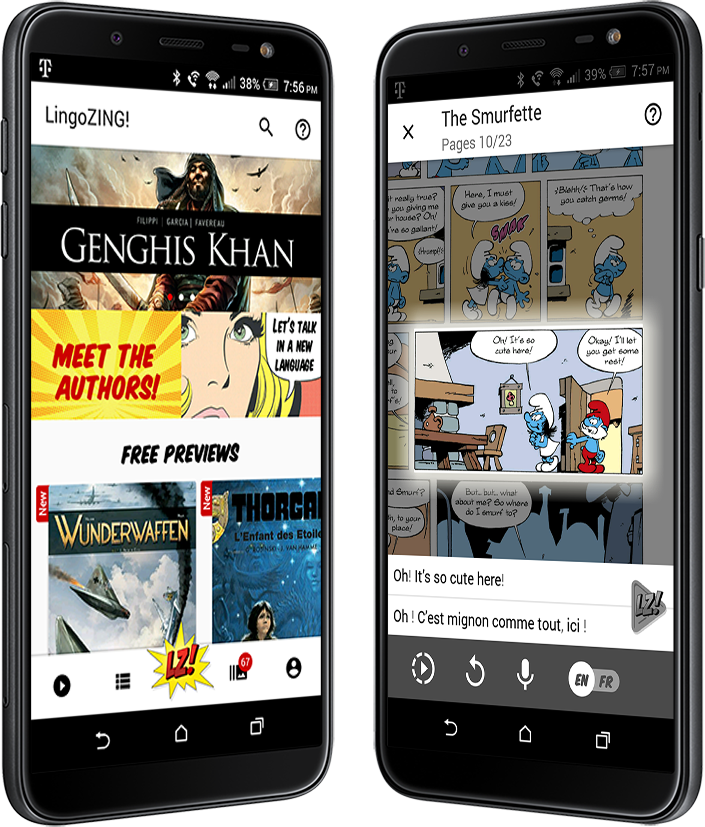 Our titles are available in

LingoZING! uses visual arts as a window for learners to learn about the cultural profile of the language they are learning, and provides titles for different learning groups – by:

LingoZING is an audio-visual story-telling system that allows a learner to see two languages side by side; and by seeing the speech balloons in the context of an image, which is part of a story, the User can easily assimilate the entirety. Context is key since the broader story can be intuited and allow the ‘sum of the parts’ to be understood. We are wired to retain grammar. It may seem a strange statement, but as children grow – their language assimilation sets up automatically and also provides a certain logic and system of understanding, which is the reason why multi-lingual people have different perspectives according to the languages they speak (if these are, or become, part of their core ‘mechanisms.’)

The ‘Immersion’ technique believes that the best way to learn is to ‘immerse’ oneself in a surrounding where the only communication is in the language you are learning. We believe there is truth to that, however, having a parallel understanding of what words mean (in our tool box) and being able to hear and read the words simultaneously, by using our audio system, these tools can make learning easier and friendlier. Compare this to subtitles in movies, which many have successfully used worldwide for the same reasons; however, subtitles are handicapped because one cannot stop, repeat or record oneself—and learn at one’s own pace. But the mere fact that so many people have benefited from that method is proof that the brain absorbs the duality between hearing one language while reading another. One could use a regular comic book in the language being learned; however, the User is looking at the pictures and reading the accompanying texts without being fully able to ‘understand’ the word/s. The User may read them out loud—but have no idea of the pronunciation. With LingoZING, being able to read attentively and hear the pronunciation helps truly absorb the word within the sentence within the story.

LingoZING also uses two speeds: normal speed (the way people talk) and slow speed (slowed down), giving additional assistance for those who need that pace—which is many of us when learning the sounds of a new language! Story appeals to the imagination and to many psychological factors – thus it can also be argued that emulating characters one likes is further incentive to pronounce better and ‘own’ the language. Amongst the titles we have chosen, there are some that are representative of the cultures that are the backdrop of their creators. Such cultural understanding also assists in language learning on a subconscious level.

LingoZING’s comics have been  reviewed by the Institut Francais and assigned a CECRL level.

Created by the Institut Francais

Check out some of our Titles

“LingoZING is a perfect tool for learning languages at all ages as it can be used as a key literacy tool for young students in dual language and immersion education programs; thus using their cognitive abilities and their meta cognitive skills to learn a newlanguage. This methodology of literacy immersion developed by LingoZING maximizes success for language learning as it is fun, gamified, and enables the learner to gravitate towards subjects and characters of their choosing.”

Gregg Robert’s work as World Language & Dual Language Immersion Specialist for the Utah State Board of Education led to groundbreaking changes in the way second language education is viewed and funded within Utah’s K-12 schools and across the U.S. As chief architect of the “Utah Model,” Mr. Roberts has directed the development of K-12 immersion curricula, the establishment of proficiency targets for all grade levels and dual language immersion (DLI) languages, and the implementation of innovative teacher recruitment processes. Mr. Roberts also built the nation’s first formal K-12/higher education system for advanced language students. In recognition of his innovative work, the National Council of State Supervisors of Foreign Languages named Mr. Roberts “State Supervisor of the Year” in 2009. 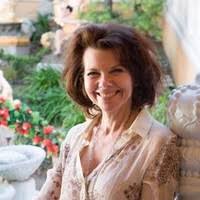 “I grew up in different countries and went to many schools. We all spoke several languages – and many of us read comics, unknowingly learning a language. When I moved to Rome, comics were key to my learning Italian.

As technology developed – marrying the two was the obvious step.

We are an international team: Chris Diacov, our gifted CTO is American Bulgarian, our CFO, the sweet and efficient Anriette Briscoe is South African, my partner Gianluca Cicogna is part Italian, part Mexican and very British. Key Advisor is Sean Fee – all the way from Ireland, and we all speak a number of languages.”

If you'd like to partner with us or just learn more about what we do, please don't hesitate to contact us through the form below